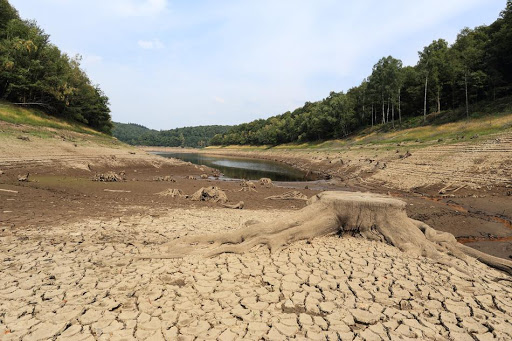 The reports of Météo France and the Ministry of Agriculture and Food show an alarming situation of the resilience of forests to climatic hazards, particularly droughts. Over the last five years, the summer drought has become more intense and constitutes a real and problematic threat for almost the whole of France”. The frequency of fires could thus increase over 37. 8% of the world’s territory,” the experts from Météo France note.

It is in this perspective that the CARBON FOREST method participates in the armament of forests in the face of climate risks. Improving biodiversity and preserving the ecosystem are key factors in resisting the dangers of global warming. Among these risks, Météo France lists three representative cases of the effects of the increase in the Earth’s temperature :

-Higher temperatures promote plant evapotranspiration. As the vegetation dries out, it becomes more sensitive to the development of fires.

-In some regions, global warming is also expected to lead to a decrease in rainfall during fire-prone seasons, making the phenomenon worse. This is the case for the entire Mediterranean basin, where all climate models simulate a drying up. This area is thus defined as a “hotspot” of climate change in the latest IPCC report.

-Warmer winters favour attacks by parasites (insects and fungi) which are usually destroyed or weakened by frost. These attacks are leading to significant dieback of some boxwood forests and heaths. Once dead, these plants are extremely sensitive to fire.

The soil carbon sequestration advocated by Carbon Forest supports the preservation of soils, landscape and local climate. The sustainable silviculture approach makes it possible to manage the forest over the long term, protecting against possible future threats. Our societies must act now because it takes 40 to 100 years, from planting to harvesting, to harvest the products of a tree. The forest is an area that can be managed over the long term and needs to be addressed now.

Hit enter to search or ESC to close